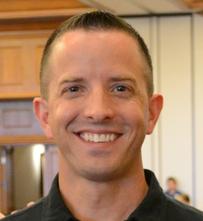 Mike Daniels is the founder, owner, and managing attorney of The Law Firm of Mike Daniels, PLLC. Mike is a 4th generation native Arizonan, and grew up in the Phoenix valley. In March of 2009, he moved his family to Prescott, and they've lived here since then. He is married, and the father of five children. In 2003, he graduated from Arizona State University with a B.A. in Communication, and a minor in Spanish. In 2007, Mike graduated from the University of Dayton School of Law with his Juris Doctorate, and Pro Bono Honors. Mike is licensed to practice law in Arizona, including the Federal District Court of Arizona.

Mike is an instructor at Yavapai College for the Administration of Justice Studies program. He was also an instructor at NARTA - the Northern Arizona Regional Training Academy - for juvenile law and procedure coursework for new law enforcement officers. He also trained and instructed other attorneys at the County Attorney's office in juvenile matters. To be an instructor, Mike knows his work inside and out, and now uses that experience to protect and defend his clients - kids and adults alike.

Prior to becoming an attorney, Mike worked for Senator John McCain as a Staff Assistant assigned to veteran and active-duty military members and their families. He also worked for JP Morgan Chase bank in mortgage finance. During law school, Mike was a law clerk for the City of Tempe's City Attorney's Office, Civil Division.

Mike first worked as an attorney in private practice in the Verde Valley. He worked on transactional matters of real estate and finance, wills, trusts, probate, contracts, employer-employee relations, business organization and operation. He enjoyed that work. Soon however, he was hired by the Yavapai County Attorney's office, and was assigned to work out of the Prescott office.

Mike is best known as a former Yavapai County Juvenile Prosecutor, serving in that capacity from November 2012 until he left to form his own law firm in November 2015. He was most recently recognized by Arizona Prosecuting Attorneys' Advisory Council as the State of Arizona Juvenile Prosecutor of the Year for 2014-2015.

In his role as Juvenile Prosecutor, Mike learned that children can be charged with felonies too and that these charges can have a lasting impact on all involved. As a Juvenile Prosecutor, Mike charged, and successfully prosecuted serious felony cases as well - for instance: aggravated assault, sexual assault, child molestation, drug sales, robbery, organized retail theft - to name a few. This past prosecution experience is now a tremendous asset to his clients as he serves to defend them against serious felony charges.

Mike has a reputation, among defense attorneys, juvenile probation, the County Attorney's office, and law enforcement, for really knowing and caring about the kids, and their families, in his cases, and treating them as if they were his own despite the "prosecution". As a former prosecutor, he also received the David R. White Victim Advocate Award for Yavapai County, 2013-2014 for his ability to keep victims validated, while managing the case to a fair, swift and reasonable resolution.

Previous to his assignment as Juvenile Prosecutor, Mike was assigned to the Verde Valley and Bagdad Justice Courts. Mike also worked in, and has experience with, all of the other justice courts in Yavapai County - Seligman, Mayer, Prescott, Yarnell and knows them well. In that work, he's tackled misdemeanor DUI's, drug crimes, animal crimes, game and fish violations, and violent crimes against people and property. Mike is familiar with superior, justice and magistrate courts in the counties of Mohave, Coconino, Maricopa, and Pinal too.

Mike is deeply involved in his local community. He coaches a Prescott Little League team during the spring, Prescott Youth Basketball team in the winter, soccer in the fall, and wrestling if he can fit it in. Mike is a board member for the Prescott Unified School District Education Foundation. He also serves in his church, and as an Eagle Scout he supports the local Boy Scouts of America. He is a proponent of the 2nd Amendment, proficient with both a long gun and a handgun, and is a member of the USCCA critical response team as well as the USCCA Legal Advisory Board.

At the end of the day, Mike is driven to protect individual liberty and freedom, and is committed to ensuring that the Constitution and You are aptly and ably defended, and that justice is truly served. It is his drive and commitment, coupled with his former career as a prosecutor that makes him a solid and skillful defense attorney in all aspects. Call Mike today to get the defense you deserve, and the help you need. (928) 445-5484